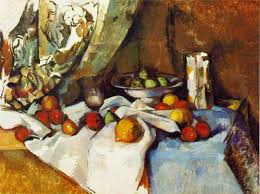 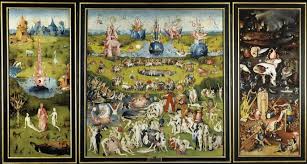 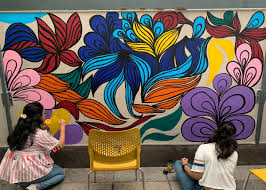 This Research Section addresses the muliplicity of artworks. Hence, instead of taking given unities in aesthetics for granted as our starting point, we will focus on ongoing processes of creation, mediation and interpretation as well as how artworks shape and are shaped by material and social conditions.

The central objective of this RS is to provide a better understanding of the actual processes of making art(s) and their ways of relating to the world, by conceiving of artworks as multi-layered, and as having their own ways of reflecting upon being in the world. The RS will approach (the) making art(s) and aesthetics through three interrelated lines of investigation:

a) artists’ practices and audience perceptions.

b) circulation and configuration.

c) the materiality of artworks.

Written and directed by Klaus Stephan, then BR’s ‘Resident Special Correspondent’ in Nigeria, the film makes controversial use of an historical incident – the interruption of the ritual suicide at Oyo (1946) – that inspired Duro Ladipo’s Ọba Waja (1964) and which Wole Soyinka responded to in Death and the King’s Horseman (1975). Shot almost entirely with Nigerian actors on location, the film sits uneasily at the juncture of an emerging Nigerian television service, post-independence cultural production (specifically in connection to Yoruba Travelling Theatre, the Mbari Clubs and Ulli Beier), Stephan’s journalistic out-put and the work of his wife, Nina Fischer-Stephan, photographer and filmmaker. Of particular importance to the film is the contribution of Segun Olusola, a sometimes neglected pioneer of Nigerian television, as actor, assistant producer and location manager.

TS caused some controversy in Nigeria, and was seemingly abandoned after its single 1965 broadcast in Germany. Our project is geared towards engaging with the multiple, often contradictory, perspectives in and on the film at the interface of coloniality and early postcoloniality. We understand TS as a concrete cultural manifestation of Pratt’s ‘contact zone’ (2007), not necessarily in the sense of a strictly binary imperial encounter, but as an interdependent engagement of two national cultural industries with uneven power and production realities in which a certain image, and thus knowledge, of ‘Africa’ was construed. While essentially a European fiction of Africa (Appiah 1992), the film reflects and creates social and artistic discourses of Nigerian life at the time, including gender and race relations, leisure activities, music production/consumption, community practices and spirituality.

We propose to analyse the context in which the film was produced, the modalities of production, the distribution of and responses to the film. We will study its multi-layered, multi-lingual aesthetics in relation to contemporaneous Nigerian works, including its soundtrack for which Akin Euba was the musical consultant. Above all, we will pay attention to the intersection of gender, race, nationality, religion and class to examine power relations both on – and off-screen.

The project is a first step towards the recuperation, appraisal and digitisation of two major private collections: the Fischer-/Stephan archive (Iwalewahaus), and the Lagos holdings of the late Segun Olusola.

Appiah, Kwame Anthony, In My Father’s House: Africa in the Philosophy of Cultures (OUP 1992).

Summary of the Approved Project:

In this project, we engage with a variety of entertainment forms such as stand-up comedy, hip hop music, spoken-word poetry and musicalized histories and biographies as popular entertainment ‘forms’ that are reshaping the cultural economies of African urban centres. Though the appeal of these forms cut across social and literacy strata, often drawing a huge congregation of consumers at performance sites, they are often categorised as ‘popular arts’, a term of informality that obscures their capacities and promotes a reluctance of the academy to engage with them as repositories of social knowledge. This project assumes that these overlooked and understudied forms should be examined and documented, with a view to integrating them into the African Studies curriculum. Our overall objective is to interrogate their ‘informalisation’ by showing their capacity to delineate and express Africa’s everyday experience of a multipolar world and the multiple material and non-material conditions of its people. Therefore we seek to collate, characterise, curate and archive them in their various primary or digitised forms as sound, images, photographs and performances as resources for inclusion in African studies curricula of African Academies. Three dominant questions guide our investigation; (1) how do we understand and account for the relationally resilient and subversive behaviour of ‘informal’ entertainment forms being consumed by audiences that cut across multiple social, linguistic and literacy strata in African urban domains?; (2) how are the varieties of euphonic, visual and performative renditions flourishing in African cities constituted as relational and reflexive afterlives of the African everyday? How are these ‘forms’ reshaping the arts and aesthetics economies of the African urban spaces?; (3) how do arts and artefacts aid cultural transfer and travel and offer a pathway for a new awareness of kinship and transnational connections in Africa?

To underscore the ACC focus on relational multiplicity, we focus on two national contexts, Nigeria and Burkina Faso, as research sites. Two factors account for this. 1) Given that a video/ film culture that has come to underline Africa’s contribution to global screen theory and practice is already firmly rooted in these contexts, it would be productive to follow that trail in order to establish the possibility of other ‘informal’ arts gaining a comparative and reflexive cultural and structural cachets in the same domains.

Summary of the Approved Project:

The research promises to provide extensive scholarly engagement with these artists. It is essential to document not only contemporary women artists but those of the earlier modernist period. To write a truly global history of art, the work of women must be an integral part of this discourse.  This proposal is structured to add to the growing body of knowledge about African-based women artists. The research is structured through workshops and extensive fieldwork in the west and southern Africa regions.