EXHIBITORS AT LAGOS: OWNERSHIP AND IDENTITIES 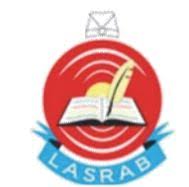 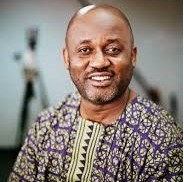 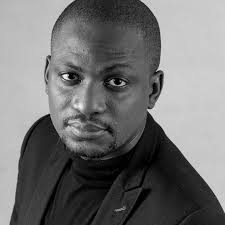 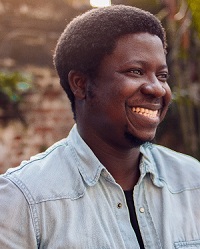 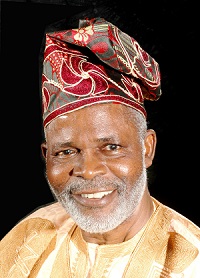 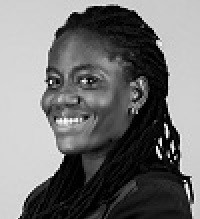 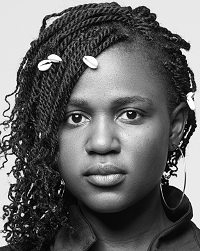 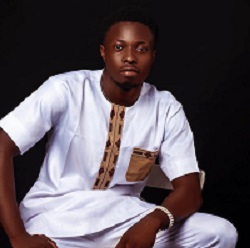 After a successful career as a festival manager and a brief stint at one of Lagos’ leading contemporary galleries, Byenyan began her career as a cultural producer. She is passionate about working with multidisciplinary artists and organizations to create relevant and meaningful productions.

She graduated from the University of Ghana with a BA in English and Sociology.

Supo Shasore is a Lagos Indigene. He is a partner in the law firm of ALP (Africa Law Practice), a leading commercial law firm in Nigeria. He was Attorney General & Commissioner for Justice, Lagos State from 2007 – 2011. He has engaged in some researches on Lagos. He authored the book Platter of gold: a history of the struggle for Nigeria’s Independence, and Possessed – A History of Law & Justice in the Crown Colony of Lagos (2014).

Deji is the founder of Rethinking Cities Initiative, an advocacy group that focuses on urban development issues and communicating possible innovations, using the arts as a means. Deji’s current body of work Mistaken identity focuses on portraits of the urban poor people denied rights to live in the fast-growing city of Lagos.

Deji Akinpelu uses photography as a means to explore social issues that exist in the society with the hope that it will stir up necessary conversations that will lead to the change. His body of work includes Valid Dreams; a photo-documentary on forceful eviction of Otodo Gbame residents between 2016 and 2017. Several of his works have been published and exhibited by Amnesty International, Agence Française de Développement (ADF), Slum Dwellers International and Heinrich Boll Stiftung Nigeria.

Oludamola O. Adebowale is the creative director and founder of ASIRI Magazine, Nigeria’s foremost vanguard when it comes to history, great archival content and well researched contents. His research works with ASIRI Magazine have been featured in Top Colleges, Universities and Academic Institutions all over the world. He is a major contributor to the Arts and Culture pages of Guardian Life – the Sunday Magazine of Nigeria’s Guardian newspaper. His ground breaking articles on topics like Women Arise in the face of Misogyny: A Cultural and Historical Perspective; Jaja of Opobo:  Rivers of Oil and Blood; Re-Discovering the Benin Art: A Universal Vessel for Cultural Importance; ÀBÍKÚ: A Thin Line that cuts between Tradition and Science, have been cited by Academic scholars within and outside Nigeria.

Oludamola was one of the few participants selected for the Horniman Museums and Gardens (UK) for the #ThenandNow Nigeria at 60 Interrogative Project.

Ebunoluwa Akinbo (b.1994) is a Nigerian documentary photographer with interest in exploring societal and cultural issues as well as questions of identity. Ebunoluwa believes that photography is not just about creating visually interesting images, it is about storytelling. She embarked on a photography career after attaining a sociology degree in 2018. Ebunoluwa has since carved out a reputation for herself since her introduction to photography.

She was the winner of the Fashola Photography Competition in 2018. In the same year, she was commissioned by the Newyork Times to document the #Thisis18 project in Lagos, Nigeria a scholarship in August 2019 to attend the annual Foundry Photojournalism Workshop in Kigali, Rwanda. In the same year, She exhibited alongside other photographers at the 25th Bamako Encounters – OFF exhibition under the Nlele Institute. In 2020, Ebunoluwa was nominated for the Joop Swart Masterclass, World Press Photo. She is a mentee at the Nlele Institute, a member of the African Photojournalism Database and a member of the 1884 collective.

Amaize Ojeikere was born on the 7th of June 1966 in Lagos. He is a graduate of Business Administration and Management. Amaize’s photographic career has spanned over two decades. In Pursuant of his career, Amaize has sat in classes at different photo workshops organized by MR SUNMI SMART—COLE, (with whom he processed his first black +white film) The Goethe Institute, The French Cultural Centre and The British Council (Lagos, Nigeria), Mon. Giles Perrin and Philippe Salaun in Paris, France in 1997, 2000, 2001 and 2003 respectively.

Amaize’s interest in intricate forms and patterns can be seen in his documentation of Clusters which continues to form the basis of his research on congestion in cities. His quest for understanding the sameness of man can be seen in his Fusion of Life. “Irrespective of what part of the world we are domiciled, our lives are fused together he says”

Amaize has participated in several group exhibitions organized by the world Intellectual Property Organization in Ibadan; The National Creativity Exhibition in Lagos; The Exhibition on Photography and Mega City: (Goethe Institut); Lagos Inside: (French Cultural Centre); The Unhomely: Seville, Spain; Snap Judgment: New Positions In Contemporary African Photography: International Centre for Photography, New York; Ports de Afrique in 1994, 1995, 1997, 2001, 2003, 2004, 2005 and 2006, Idea of Africa (Re-Invented): Bern Switzerland 2011 respectively and the Venice biennale in 2015; and many others.

Amaize is a member of the International Freelance Photographers Organization, the Photographer’s association of Nigeria, the Depth of Field (DOF) and The Invisible Borders: 2009&2010. He lives and works in Lagos, Nigeria.

Olu Daniels is a passionate photographer and content creator  with key interest in passing vital information through content rich photos.

He currently holds the position of a MEDIA specialist in Brimach Consults, a company based in Lagos.

He is available for any content and photographical project that will help to build a better Africa.

Born in 1930, Ojeikere grew up in the village of Ovbiomu-Emai in the southwestern region of Nigeria. Two years after completing his formal studies at St. Bernard Catholic School in Ihievbe, the artist acquired his first camera, a Model Brownie D in 1950. Excited about the possibilities of the camera, the artist moved back to his hometown and quickly established a reputation as “the photographer.”

In 1954, he was hired as a darkroom assistant and later as a press photographer. Ojeikere moved to Lagos in 1963 to work for West African Publicity – three years after independence – the country was in the midst of nationalistic euphoria. In Ojeikere’s words, “Just after independence, we were full of ideas and energy”.

In 1975, Ojeikere founded his own photography studio foto ojeikere, and a year later he had his first solo exhibition at the Nigerian Arts Council in Marina, Lagos. Ojeikere was commissioned by the Ministry of Culture in 1977 to document one of the largest cultural events on the continent to date—FESTAC ’77, which featured more than 17,000 participants from over fifty countries.

Ojeikere’s work has been featured in numerous solo exhibitions such as, J.D.’Okhai Ojeikere at the Fondation Cartier, Paris in 2000; Moments of Beauty, Museum for Contemporary Art, Kiasma, Helsinki, Finland(2011); J.D. ‘Okhai Ojeikere, MAMCO, Genèva, Switzerland (2001); and group exhibitions such as Venice Biennale (2013); Global African Project, Museum of Art and Design, New York (2010); amongst others. Ojeikere was awarded the 2011 Chobi Mela VI Lifetime Achievement Awards in Bangladesh

Even in death Ojeikere’s works have continue to generate a lot of interest in scholarly discussions and exhibitions around the world.